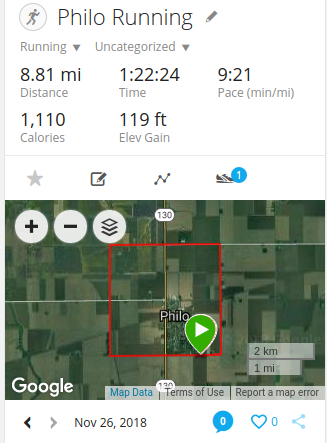 End of the Thanksgiving weekend 2018